In the exhibition „Ninja Machiya“, Thomas Monses shows 10 recently created risography prints. The project „Ninja Machiya“ started as a documentary and research about traces, remnants of torn down buildings on their former neighbouring firewalls. Over the years Thomas photographed as many as he came across in different cities in the world and filed them in his photographic archive. Inspired by the idea of her partner Maki Shimizu, he calls them ‘Ninja Machiya’: The word Machiya is from Japanese and means literally townhouse. The prefix ‘Ninja’ refers to the hidden or unseen. As there were differences as well as similarities amongst their appearance and character, he started to evolve a typology, reflecting on urban progression. Eventually this entire process and research found its final form in his vivid risography prints. 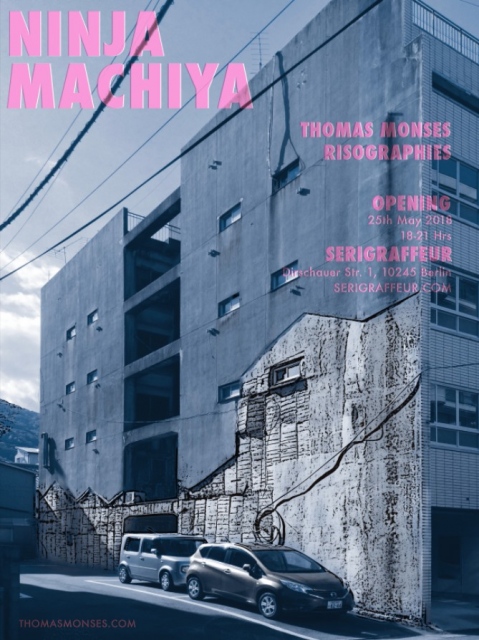